According to 24/7 Wall Street, the high cost of living is not related to the low income of its inhabitants, the lack of resources for its super-populated schools, social and health programs, and violence. These are only facts that keep Miami in the first position for worst cities.
Family incomes in this is on average, $31,917 a year, when the national median is more than $51,000. It is easy to see that the the sums of workers’ incomes could not cover all their expenses, thus creating a deficit.
On the other hand, the inequality in the social levels that coexist there, give a wrong air of glamor to the poverty that counters with the more affluent. According to the Institute for Economic Policy, 1% of wage earners in the Miami metropolitan area generate about $ 2 million annually, 45 times more than the average income of the rest of their workforce; In conclusion, more than one in four people in Miami lives in poverty.
It is undeniable that this whole situation generates discontent, violence and criminality. A disproportionate share of the residents of this South Florida city has experienced some of these consequences being the violent crime rate of 1,060 incidents per 100,000 inhabitants, several times higher than the national rate.
In 2010, Miami held second place among the ten worst cities to live. According to Realty Trac and in that same year, it was when more houses were foreclosure for lack of payment: total about 40,000.
This recent progress to the first place tells us that nothing can be expected to be encouraged in this city where its budget deficits are in all its public institutions, and there is no viable short-term possibility to overcome its debts and embezzlements.
For Miami residents who are reluctant to believe in these sources, the Miami Herald also cites them. It is unfortunate, but it is a reality.
What is left for Miami residents who for some reason are immobilized to seek better and quieter areas to establish their new home and provide security for their families? We recommend that you surround yourself with security systems that protect your property and your family from being the victims of violent crime.
Do not load valuables that attracted the greedy eyes of others’ friends, try not to get out of your car to close your doors (gates) as you can be robbed in your own home. It is better to deliver the valuables and save your life and that of your loved ones. The security that you can provide yourself is the only thing that can reduce the risk of becoming victims of a crime. 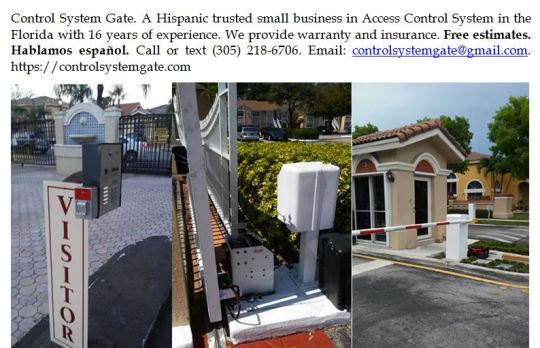